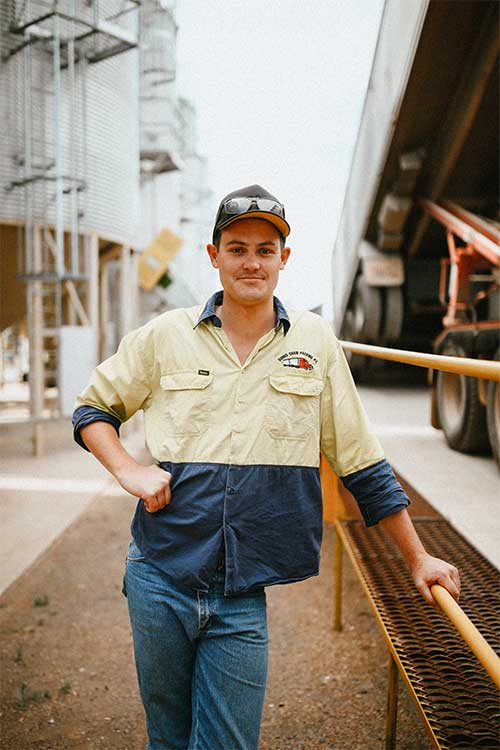 Born and raised in Dubbo and with his family farm at Trundle in the central west slopes and plains of New South Wales, Ryan would often spend his school holidays working on the property which is a mix of both livestock and cropping enterprises. It was these experiences that began his love of the land and agricultural industries.

Ryan began working for Robinson Grain Trading in 2011 during which time he completed his University degree by distance education and now holds a Bachelor of Agribusiness Management. Ryan started out grain sampling in the weighbridge at Robinson Grain’s Dubbo site and has since moved into logistics and a grain merchant role within the Central West of NSW.